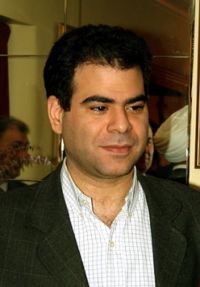 Whether you supported the invasion of Iraq or not – and I did and still think it was the right thing to do – it now seems clear that the aftermath was handled abysmally badly by the US and UK governments. Now (winter 2006) they are desperate to get out of Iraq, with any reasonable face-saver accepted. Unfortunately, the face-saver they seem to be picking on is a double sell-out.

This is because the way the British and American governments hope to be able to stabilise Iraq, is by involving Syria and Iran in that country’s future. But why should Syria and Iran wish to be so involved? Essentially, what can the West offer them? Or, to be more exact, what is it they want from the West?

In the case of Syria, three things: Coming in from the cold, not being treated like a pariah anymore. This is a necessary part of any deal and clearly on the table. Second, the Golan Heights. This, by contrast, is not something the West can deliver. It will be on the table as part of a peace with Israel – but only if the Israelis believe they can trust the Syrians. Third, Lebanon. In 2005, Lebanon almost managed to break free of its Syrian over-lord as part of the reaction to the Syrian assassination of the Lebanese Prime Minister Rafik Hariri. In return for Syrian help in stabilising Iraq, it is, however, all too easy to see the West acquiesce in a return to Syrian hegemony in Lebanon and a quiet burial of the investigation into Mr Hariri’s death. In this context, the assassination in late November of Industry Minister Pierre Gemayel – the same day that Syria and Iraq re-established diplomatic relations – seems very much like a first Syrian flexing of its muscles in Lebanon again. Notably as it was followed by concerted attempts to bring down the Siniora government and replace it with a set of Syrian puppets.

The involvement of Iran also involves another sell-out. The fundamental issue determining Iranian national interests is that it is Persian, not Arab. Shi’a was imposed on the Persians in the early 16thCentury as a means of strengthening that feeling of difference from their Sunni Turkish (and Arab) foes. While Iran does support some of the Shi’a factions in Iraq, others are clearly not enthused by the idea of being dominated by the Persians. Yet involving Iran in stabilising Iraq, will by necessity mean giving Iran a dominant voice in the Iraqi Shi’a regions. It will almost certainly also involve acquiescence in Iran’s continued nuclear program, however phrased to save face.

It is in any case probably impossible to stop Iran from building an atomic bomb, assuming that this is what the Islamic Republic really is intent on doing – as certainly seems to be the case. Certainly, no one is going to go to war with Iran to stop it. The long-term question therefore becomes what Iran will do with its bomb. It is, of course, perfectly possible that Iran will use its atomic bomb to start a war with Israel. Since the Israelis will respond in kind, we will have the world’s first nuclear war. Not an attractive concept.

Assuming, however, that this will not happen, it is clear that Iran will emerge from all this with greatly enhanced status in the region, with two enemies – the Taleban and Saddam Hussein – gone and with the United States humiliated. This means greater Iranian influence in the Persian Gulf – an old Persian sphere of influence, right from Cyrus the Great all through to the Pahlavi Shahs and the clerical regime. With Iran already ensconced on their northern border as well as eastern, the Gulf states will adjust to new realities – or move even closer to the United States (unpopular as that may be with their peoples, thus enhancing the fragility of their respective rules) – or both. If this scenario comes true, the Gulf area and the Middle East may be calmer – though not more stable. And oil prices are more likely to be near $100/barrel than $40.

(Originally posted 2nd December 2006. The Americans didn’t do the sell-out – instead, they launched the surge.)