Rhomphaia Books is the publishing name I use for my novels and short stories. The rhomphaia was a one-edged (or possibly two-edged – the sources differ) sword used by the Varangian Guard of the Byzantine Emperors.

In January 2018 I published the first book in the Varangian Series, An English Revenge. It is the story of Edmund, an Englishman who fought at Hastings and in the rebellions against William the Conqueror. Eventually, he leaves England and joins the Varangian Guard of the Byzantine Emperors. He dreams of leading an army of Englishmen back to England to throw out the Normans. But first, he has to fight another enemy – the Normans of Southern Italy.

An English Revenge is available on Amazon, as paperback and in Kindle format.

The second book in the series, An English King, was published in November 2018.

After a few years of peace, Edmund hopes that he will be allowed to leave the Varangian Guard and go back to England, bringing with him the other English Varangians and expel the Norman King. But there are rumours of a new threat. Large hosts of armed Latins – westerners – are marching towards the city, brandishing the sign of the Cross. One of the Crusader leaders is Edmund’s old friend – and enemy – Bohemond of Taranto.

England will have to wait, while Edmund is tasked by his Emperor with a delicate and dangerous assignment: find out Bohemond’s true intentions. And, if they are hostile – stop him.

Edmund’s assignment will take him through Anatolia. Battles and sieges await. And at the end, a surprise encounter will force Edmund to make a life-changing decision. 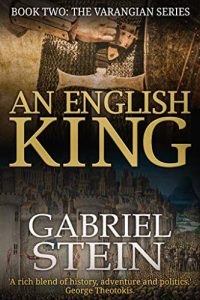 An English King is available on Amazon, as paperback and in Kindle format.

In October 2019, the third and last book about Edmund, the English Varangian, was published. An English Succession follows Edmund’s life after he has accepted his destiny to stay in the East Roman Empire. By now, he is tired of war and wants to leave the Emperor’s service and enter a monastery. But his Emperor has one more mission for him; and in the meantime, Edmund’s wife is keeping an important secret from him.

An English Succession is available on Amazon, in paperback and Kindle format.

There is also an omnibus edition, all three books in one, called An English Varangian. This is also available on Amazon, but only in Kindle format.

In 2010, I did a Masters in Military History at the University of Buckingham. The thesis (which got a distinction) was called ‘Attacking the giant’s jugular instead of his toe – Anglo-Swedish negotiations in the Crimean War’. In November 2018, I published the thesis, now under the rather easier name ‘King Oscar’s Gamble – Sweden’s Secret Plan to Attack Russia in 1865’.

The book details the negotiations between the western powers France and the United Kingdom on the one hand and Oscar I, King of Sweden & Norway on the other during the Crimean War. Historians who study the Crimean War have debated whether the King wanted to join the war, but thought that he could extract a high price due to a strong bargaining position; or whether he didn’t want to join the war and therefore set his price too high to be met. I show conclusive proof about the King’s intentions. 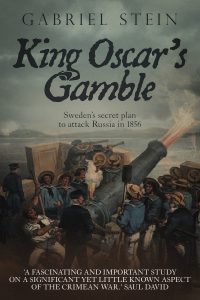 King Oscar’s Gamble is available on Amazon, in paperback and in Kindle format.